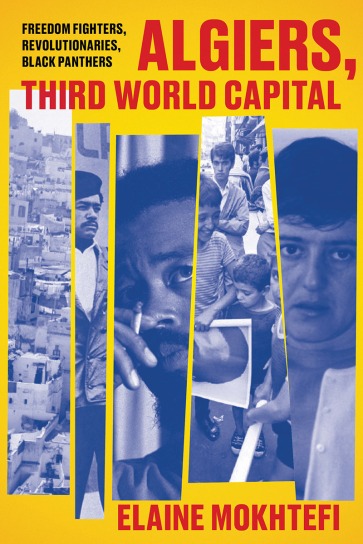 A fascinating portrait of life with the Black Panthers in Algiers: a story of liberation and radical politics
Following the Algerian war for independence and the defeat of France in 1962, Algiers became the liberation capital of the Third World. Here, Elaine Mokhtefi, a young American woman who had become involved in the struggle and worked with leaders of the Algerian Revolution, including Frantz Fanon, found a home. As journalist and translator, she lived among guerillas, revolutionaries, exiles and visionaries, was even present in the groundbreaking The Battle of Algiers.
Mokhtefi crossed paths with some of the era’s brightest stars: Stokely Carmichael, Timothy Leary, Ahmed Ben Bella, Jomo Kenyatta and the Black Panther, Eldridge Cleaver. She was instrumental in the establishment of the International Section of the Black Panther Party in Algiers and was close at hand as the group became involved in intrigue, murder and international hijackings. She traveled for…